Here is the image and source code from Week 1. Sketch 1.

I began to implement variables such as this first one, "thirdPoint". It is named as such since it represents the third point of a triangle. 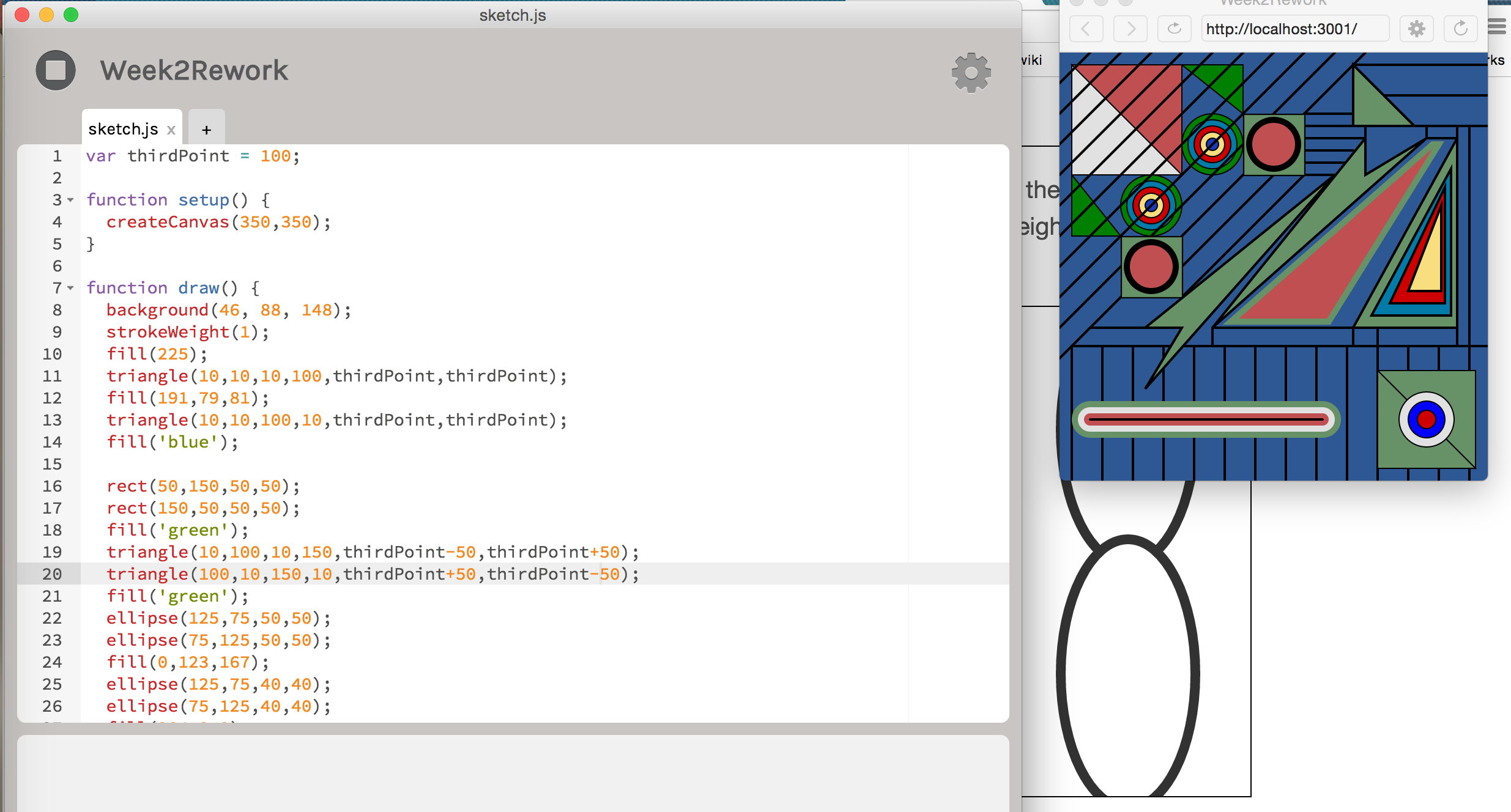 A slight variation of the variable leads to quite different results, where part of the triangles seemingly disappear and the rest is shifted. 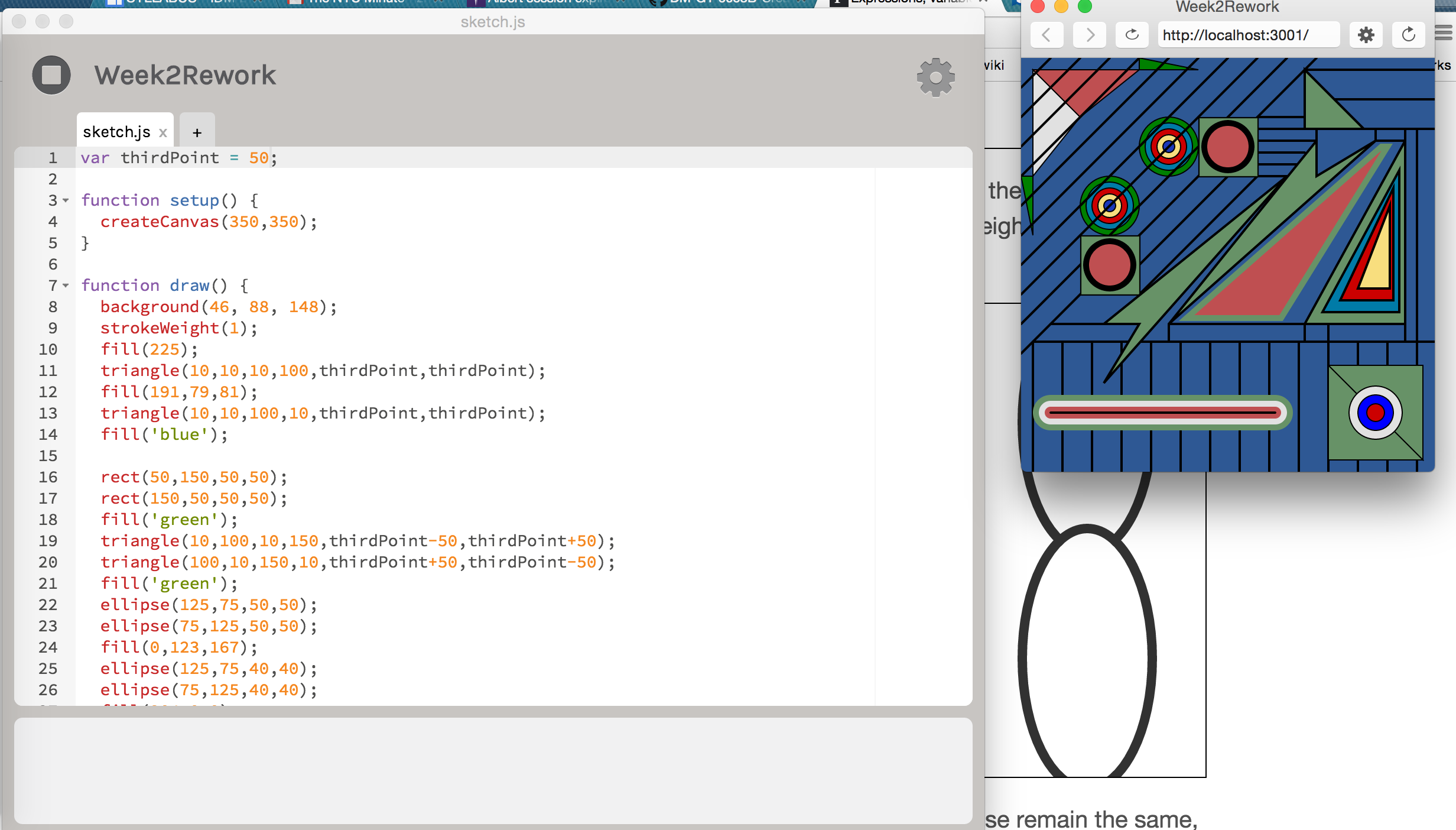 After "thirdPoint", I implemented another variable: "firstPoint". 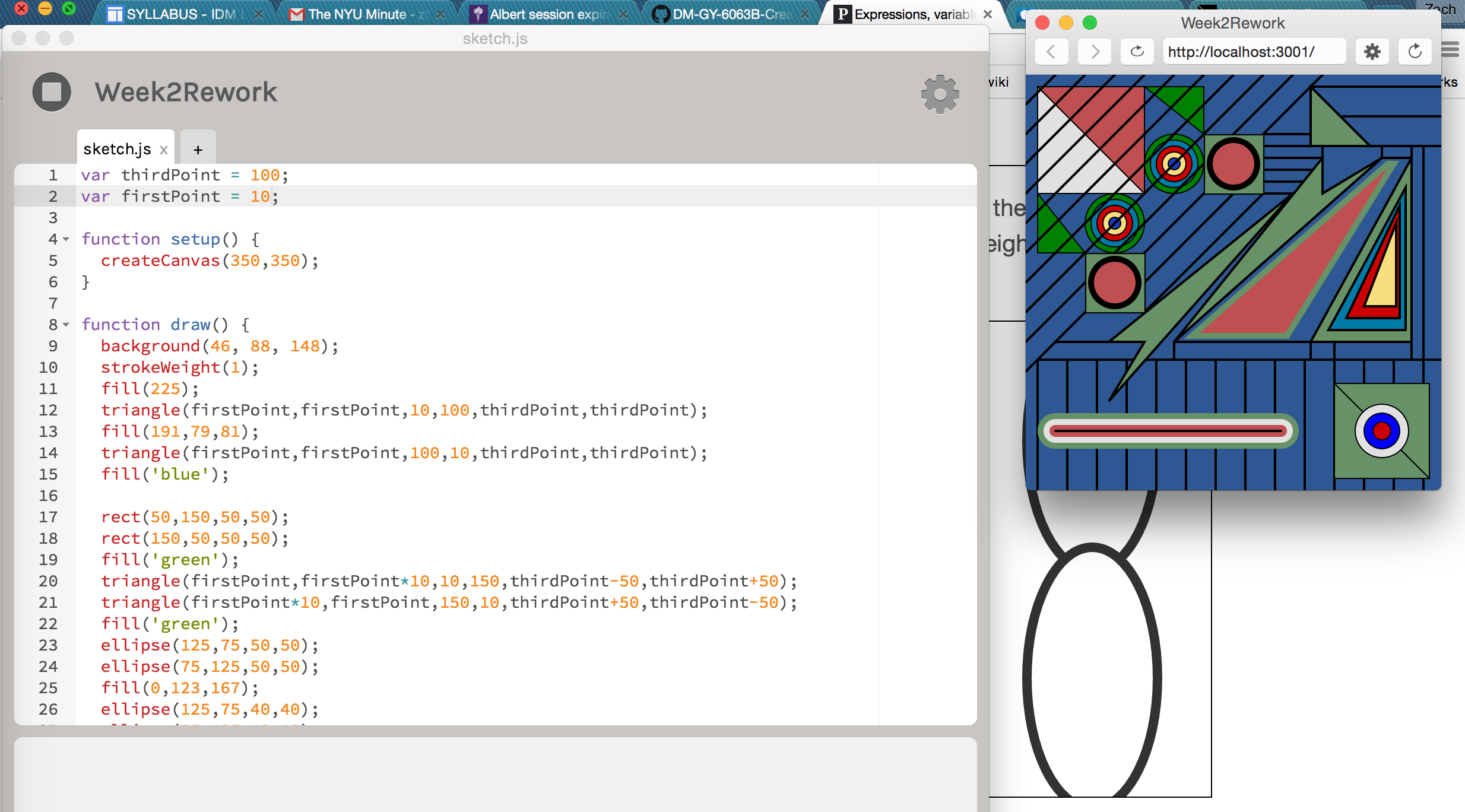 Changing this variable, with the aid of the first variable, altered the image with great effect. By changing the value of "firstPoint" by its relation to "thirdPoint", I was able to receive more interesting results than with just the one previous variable. 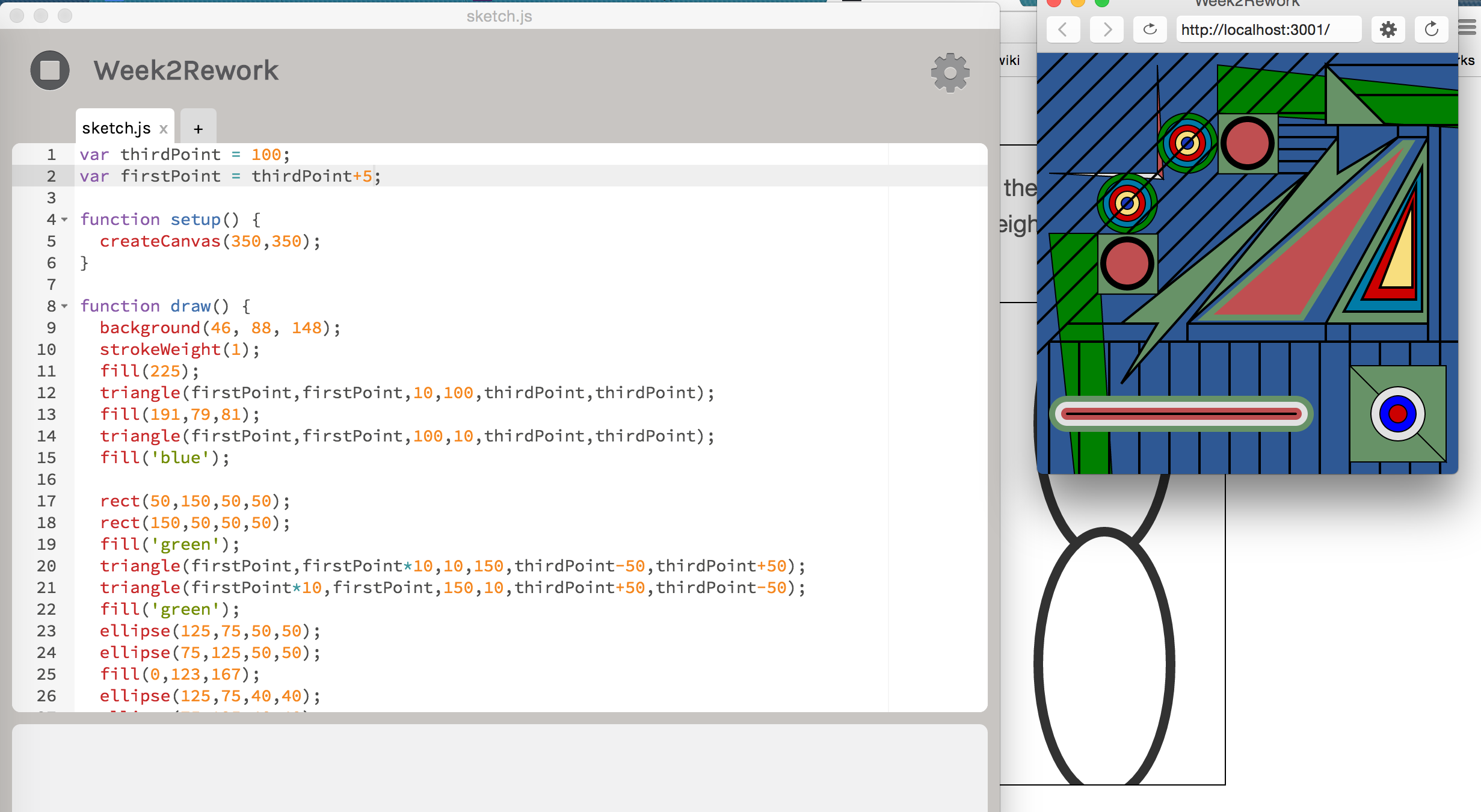 Following these first variables, I added in a few more to try and clean up some of my code.

Then, I utilized a "for" loop to clean up some of my code involving repetetive lines.

I changed the values of the end and step of "i" to see what kind of results it would produce. 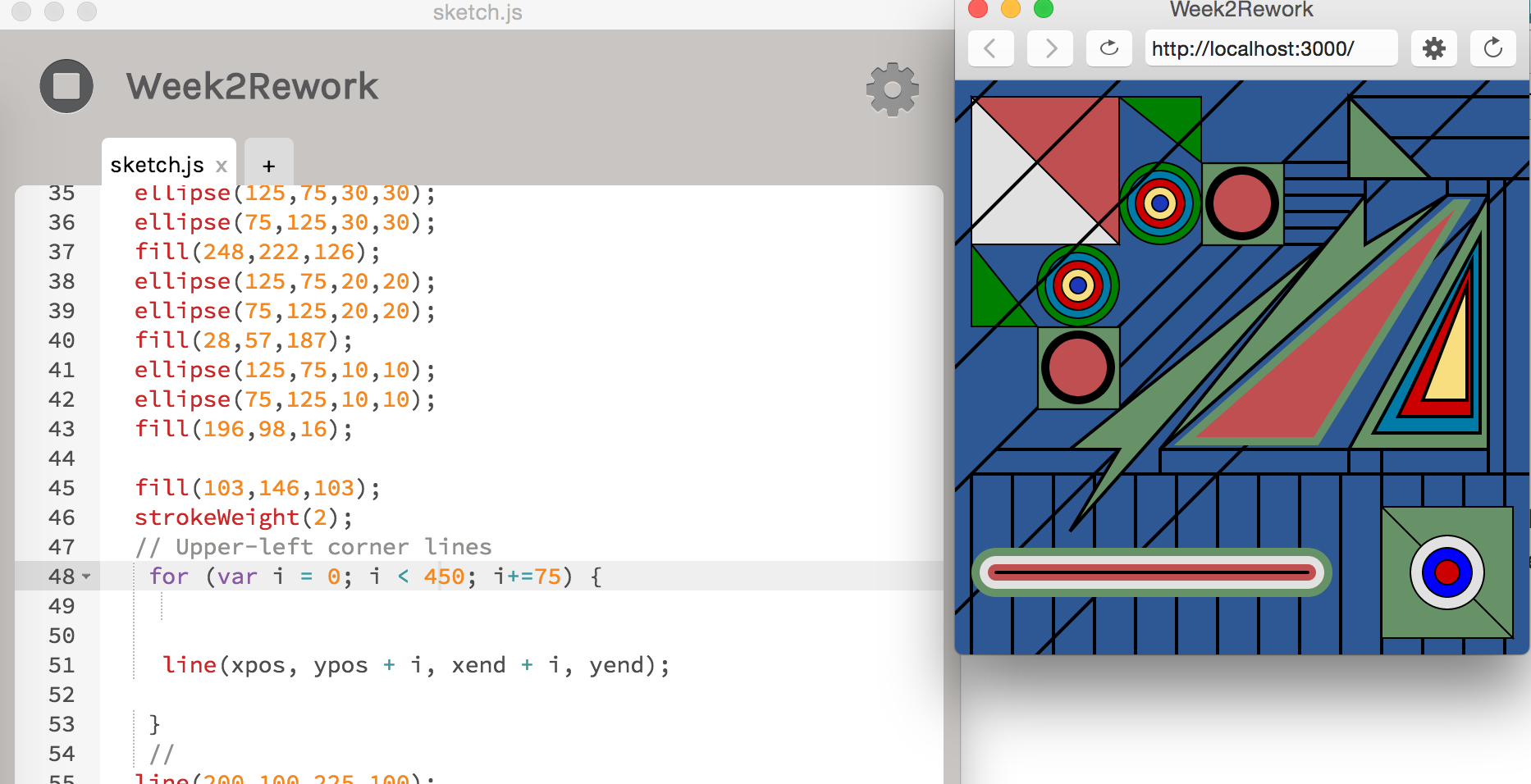 After returning the values to their original state, I then altered the color of the stroke, utilizing a variable of "fillStep", to add some variety to the image. 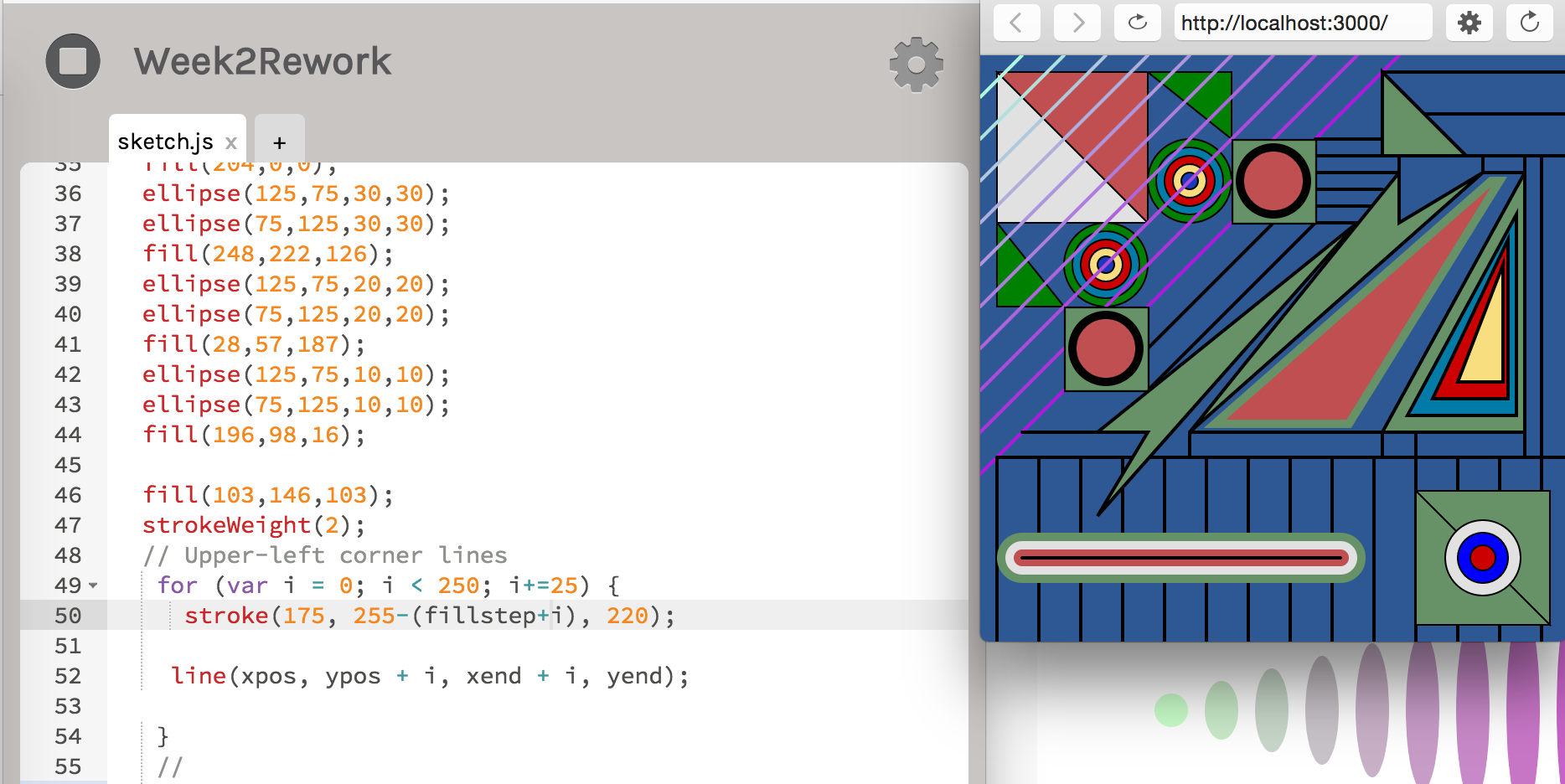 The final image, containing its source code, can be found here.